The Cause Of Misery 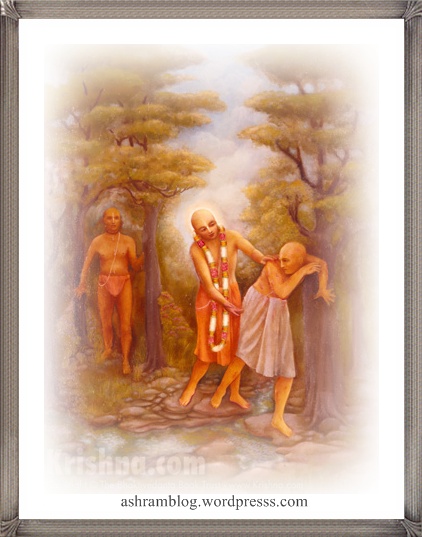 (Excerpts from Satsang of Pujya Sant Shri Asaramji Bapu)
The Supreme Self is knowledge-personified, Bliss-personified and Truth-personified. He is beyond the realm of Nature. When the mind hankers after material objects, the intellect is beset with attachment and hatred. On the other hand, when the mind is calm, the intellect becomes stable, and Divine peace manifests itself; whereupon one remains internally peaceful even during the most difficult external circumstances.
One becomes sorrowful, firstly due to an instrumental cause of sorrow, secondly by thinking, ‘I am grieved’ and thirdly by the modification of mind towards grief.
Sometimes even in the event of an instrumental cause of sorrow, if the mind does not assume a sorrowful state, one feels no grief. For example, a child falls down while walking; it is an instrumental cause for sorrow; but if he does not modify the mind towards grief, then he stands up cheerfully. Alternatively, a smart mother would make the child cheerful before his mind assumes a sorrowful state and thus save the child from sorrow.
But mere eliminating of sorrow is not the goal of life. The goal of life is the attainment of the Supreme Bliss. One needs to be firmly established in the knowledge of the Truth that ‘I am Atman, the abode of Supreme Bliss, Whom sorrow cannot touch, no matter how miserable the circumstances may be.’ In the absence of such enlightening knowledge, even if one has no troubles at all, one would keep turning on sides in the bed thinking that there is no sorrow. But this is not the attainment of Supreme Bliss. This will breed sloth, and on account of the consequent ill-health one would lose self-confidence and become sorrowful; a sorrow created without any instrumental cause.
Don’t consider any person to be responsible for your sorrow. Those, who blame others for their sorrows, are perennially filled with malice and tormented by the hell fires of jealousy and hatred. One who accuses others of being the cause of one’s misery would end up multiplying it. In no way does it lessen one’s misery. The real cause of one’s misery is one’s ignorance, one’s foolishness, one’s own actions.
One should consider one’s stupidity as the root cause of one’s misery and take immediate steps to eliminate it. Those who blame others for their misery only add to their stupidity and consequently make themselves more miserable.
Hence, aptly has it been said, ‘Nobody is responsible for anyone’s happiness or sorrow. A person reaps the fruits of his own actions.’
A person, who is your enemy is also a friend of another. Our own virtuous deeds generate goodwill for us in another person’s mind. If another person harbours ill-will for us, it is again because of our own sins (evil doings). Have no feelings of attachment or aversion towards anyone. Attachment breeds dependence and hatred makes one violent. If you want to eliminate hatred, cultivate forgiveness in your heart. Development of forgiveness transforms violence into non-violence, anger into calm, hatred into love.
Do not hate, but forgive. Do not waste your time enquiring what others are doing. Rather, seek to know the Supreme Lord. Do not believe the relations of the body to be real, for you are not the body. You only have to accept that you belong to God and you will cross the ocean of rebirth forever…

This entry was posted on March 20, 2011, 7:36 am and is filed under Ashram, ashramblog, Uncategorized. You can follow any responses to this entry through RSS 2.0. Both comments and pings are currently closed.